July 31 marks the day that smokers will not be permitted to light up at or near public housing.

Those who smoke are not allowed to smoke cigarettes, cigars and pipes inside or within 25 feet of a building, CNN reported. The rule does not apply to electronic cigarettes, chewing tobacco or snuff, CBS News reported.

It also bans smoking in common areas, according to CBS News.

The rule itself isn't new. The Department of Housing and Urban Development announced the new regulation in 2016, but gave housing authorities across the country two years to implement it.

Leases will include the provisions and will also offer renters information on how to quit smoking. If tenants break the rules, they could be evicted, but one violation is not going to get someone removed from their home either, CNN reported.

Being caught smoking on public housing property will be considered a civil violation, not a criminal one, CNN reported.

CBS News reported that eviction could happen after the third violation.

The Centers for Disease Control and Prevention said that the rules will help save $153 million a year in health care costs due to secondhand smoke and repairs and losses from fires, CNN reported. 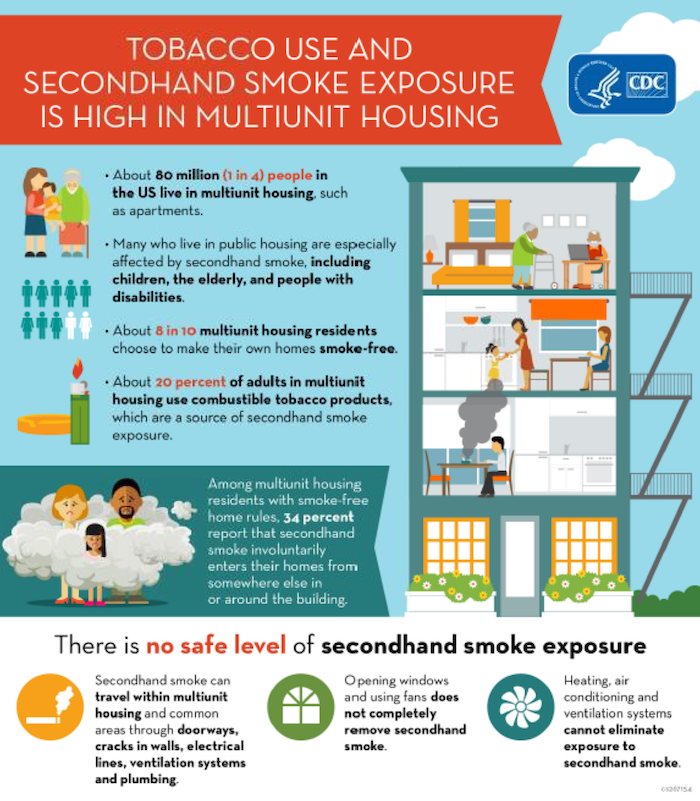 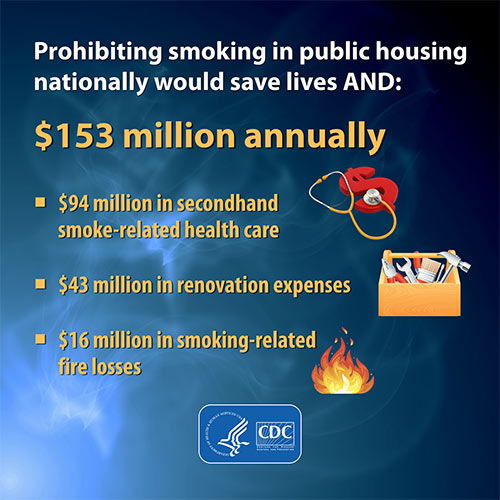 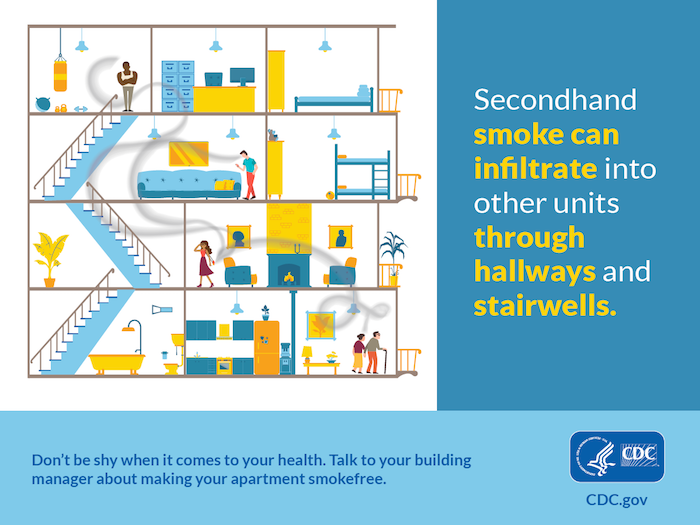