Building new housing to address Dayton’s shortage takes time, often several years or more for a single project. Land has to be acquired, buildings designed, municipal approvals secured, financing lined up, and then permits are issued and construction begins. Construction, like everything, is subject to the whims of global supply chains, but projects do indeed finish, buildings open their doors and more Daytonians have a place to call home.

Rehabilitating existing buildings isn’t much faster. A recent project to renovate a six-unit apartment building took 15 months from start to finish (I was the architect). It seems paradoxical that Dayton could have so many vacant homes and apartment buildings and still have a supply problem, but our vacant housing is typically in disrepair. The six-unit had to be fully gutted, required extensive structural repairs, a new roof, and all the mechanical systems were replaced. Homes and apartments can’t be renovated profitably for resale or often for rent in many Dayton neighborhoods, leaving the task of renovation to intrepid homeowners and do-it-yourselfers. Neighborhoods where appraisals do support extensive renovations, like some of our historic districts, have dwindling numbers of fixer-upper candidates. Renovations aren’t answer to the housing shortage, at least in the short term.

What may be able to fill the gap is the ADU. ADU stands for accessory dwelling unit, which is a secondary home or apartment constructed on an existing residential property. Typically these are small standalone buildings sited behind the existing house. ADUs are often limited by the municipality to a fixed maximum square footage, or to a percentage of the size of the existing house. The ADU has its own kitchen and bathroom as any other apartment, and as many bedrooms as comfortably fit in the limited area.

California is promoting ADUs in their fight against homelessness. Starting in 2017, their state legislature passed a number of bills that effectively legalize ADUs throughout the state. Cities and counties in California now offer programs encouraging homeowners to build ADUs on their properties. Some have libraries of free and pre-approved architectural plans for ADUs and some provide financial assistance for ADU construction to homeowners who agree to rent their completed ADU to people transitioning from homelessness.

Locally, only Yellow Springs and Dayton allow accessory dwelling units in residential districts. I designed an ADU for a client in Yellow Springs in 2018. The Village and the City of Dayton both treat ADUs as conditional uses, so an applicant needs approval from the planning commission or the zoning appeals board. Assuming the size, setback, and general design of the ADU conforms to the local guidelines, they will typically be approved.

In Dayton, the zoning code was only recently amended to allow ADUs but already a number of homeowners are taking advantage. People are building ADUs to provide in-law suites, create accessible housing for family members with disabilities, or for additional streams of income.

ADUs are a small step towards making up our housing shortfall. They still take time to permit and construct, but in effect we’re crowdsourcing the production of new housing in the City. Any homeowner with room on their lot can become a housing developer and with more interest we may see prefabricated or turnkey products that reduce construction time. Other municipalities in the region are looking at adding ADUs to their zoning code. If they do, the Dayton region will see housing become more plentiful and more affordable.

Matt Sauer is a Dayton Plan Board member and architect. 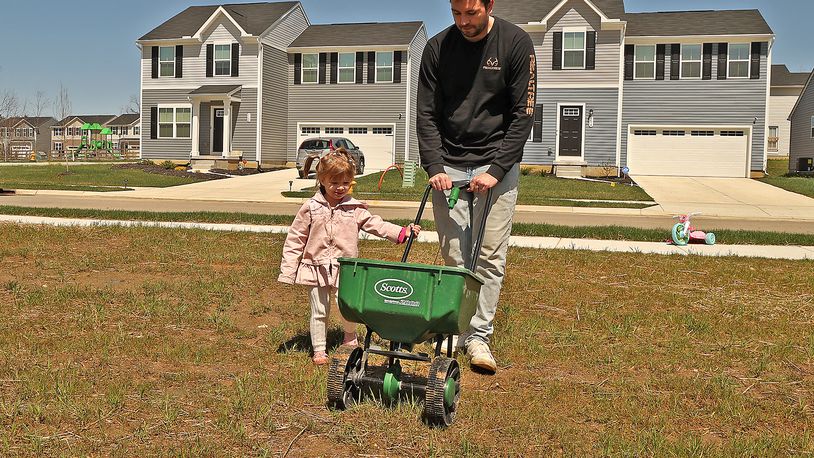 » Ohio must bridge the gap between low wages and high rents

» Our communities should ‘build with care and thoughtfulness’

» Balancing the needs of residents with growing the local economy

In Other News
1
VOICES: Support arts collectives that enhance the Black creative...
2
VOICES: I want Daytonians to know they are loved, appreciated...
3
VOICES: Are there similarities in witnessing a traumatic sports injury...
4
SUDDES: Importance of Ohio House speaker evident last Tuesday
5
COMMUNITY CONVERSATIONS: What’s in store for the region’s economy in...